The construction of the test site has been completed. A major share of rainwater from the residential area located around Pärnamäe reservoir and Viimsi town flows through Viimsi manor park. The establishment of the test area aimed to use sustainable stormwater systems in the park to drain the soil in the territory of the park, protect the banks of the ditch that runs through the park from erosion by decreasing the flow rate in the ditch and to thus make the park more popular with the locals.

This project addressed the issue of the ditch situated in the south-eastern part of the park and its immediate surroundings. The area of the plot covered by the project comprised the excessively wet areas within approximately 5 m to either side of the axis of the ditch. The condition of the existing ditch was aesthetically unattractive. Grass is mown in the park every year, but the area around the ditch was overgrown in places. In addition, the park owner is planning a sanitary felling in accordance with the maintenance plan. Trees which are in a poor condition and obscure attractive views or grow in the ditch and on its banks were removed in the course of the works.

In addition to a lack of visual attractiveness, the part of the park around the ditch in question was excessively wet. By deepening the ditch and slowing the water flow the soil water regime in the adjacent areas was improved. Draining channels on either side of the ditch were designed for the wettest areas. An even slope of the ground towards the ditch was designed for the areas with the drainage channels. This will eliminate puddles and drain the rainwater flowing on the surface, which will improve soil water regime, and the trees in the park will be less susceptible to disease.

The landscaping design used the materials already present in the park, which fit in its historical atmosphere. In accordance with the design concept, the ditch winding through the park remained but is aesthetically connected to the upstream water bodies which have previously been landscaped. Extensions were designed to match the supportive park landscape which allowed new elements to blend and add to the character of the place rather than change it. Alternating sections with a wider water mirror or with water barriers and rapids made the ditch more interesting. A waterfall also used to be one of the elements of the park’s water system. It is unknown today where it used to be located. The greenery concept features the decoration of the ditch banks with various aquatic and shoreline plants while leaving the ditch visible throughout its length. The greenery design envisaged groups of plants.

The length of the renovated ditch was 225 m. The area of the plot to which the design applies was 4600 m². The area within the project was landscaped. The location of the ditch has not been changed. In some places, the depth and slope of its bottom was altered. The aim lied in retaining the ditch with a winding bank over its entire length. Changing the width of the ditch bottom increased the water surface area in some places. Water barriers were designed to prevent the rapid flow of water, to regulate the slope along the ditch in some places for the prevention of erosion, to create gurgle of water and diversify the atmosphere. Several connection points with stepping stones and a dam were built for the ditch. The pedestrian path along the dam is 2 metres wide.

In general, the ditch can be divided into three major sections: the fast-flow southern section, the overgrown section, and the slow-flow section. The design enhanced the diverse sections of the ditch, which makes this body of water more attractive. 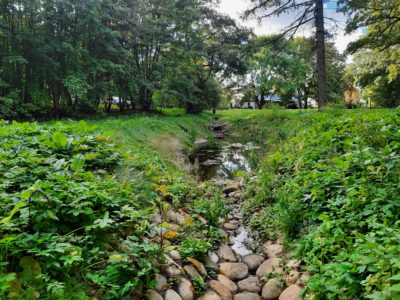 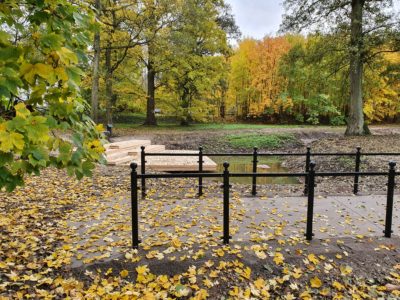 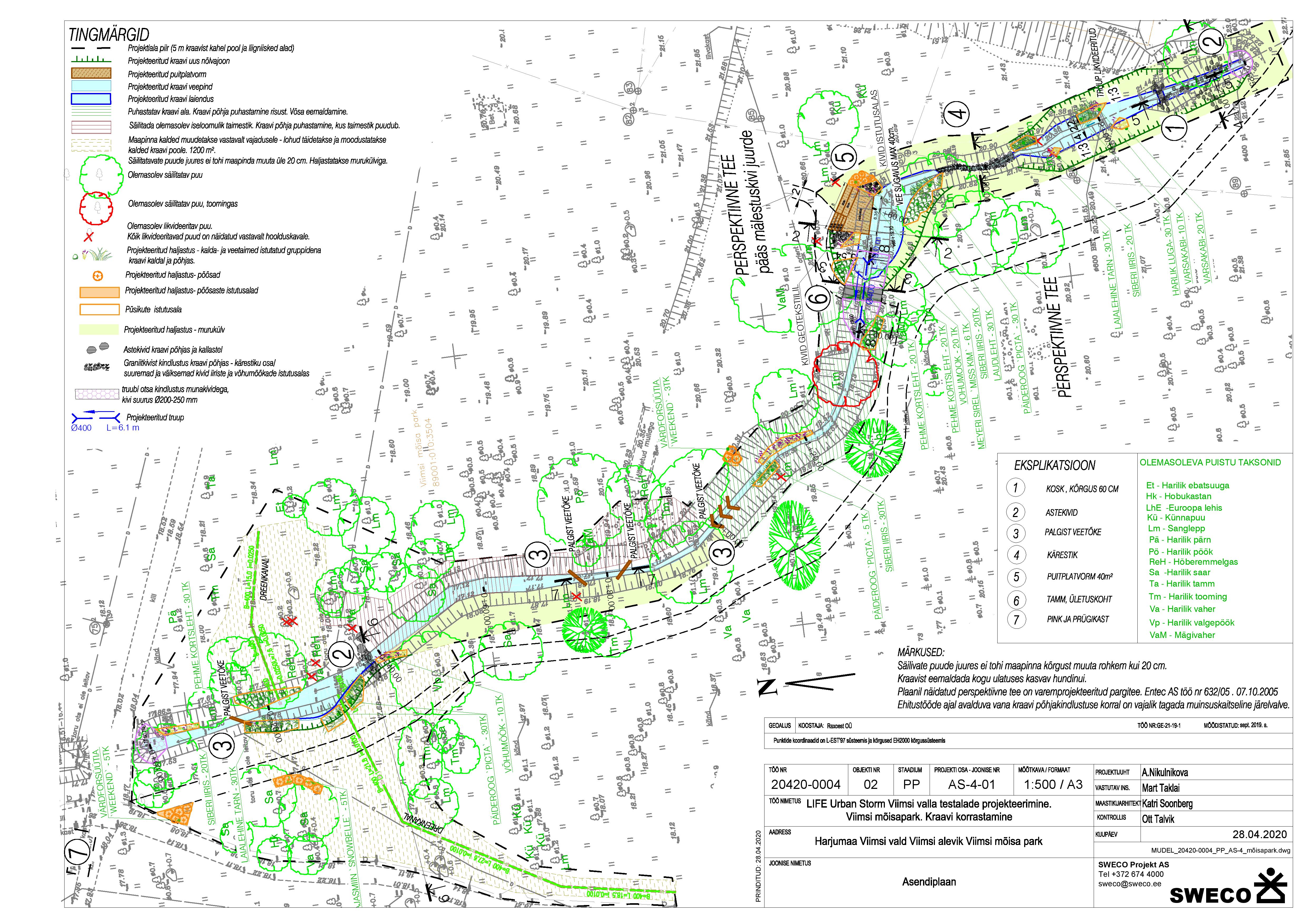